The Top 5 Automatic Truck Transmissions Of The 21st Century

It’s no secret that for the past 20 years, finding trucks with manual transmissions has been a more and more difficult job. This is because, as the new millennium started, automatic transmissions had moved from being simple torque converter based units to computer controlled, high tech components. Instead of judging it by feel, these transmissions find the optimal gear, drive ratio, and even preselect other gears in some cases depending on sensing driver input.

These automatic transmissions have been continuing to grow in complexity. More gears, different ratios for different versions of the same transmission, and even units that “talk” with four-wheel-drive transfer cases to provide the best torque at the best moment. Yet, from these hundreds of transmissions, there have been some truly amazing transmissions with superb durability, the ability to be remanufactured to fit into all kinds of trucks (the “jack of all trades” transmissions), and one or two that have achieved classic status for just being that damned good. 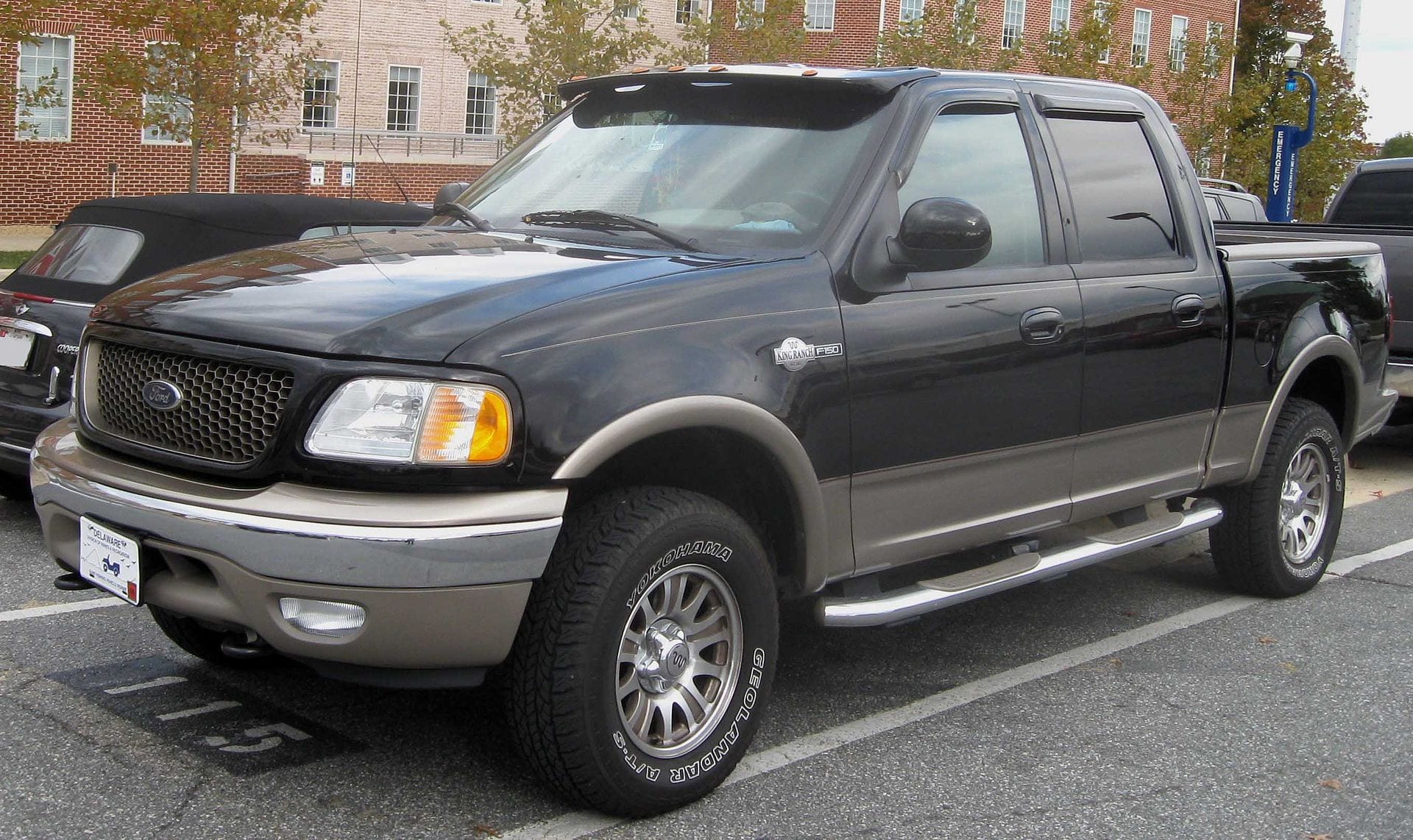 The Ford 4R100 transmission, also known as the C6 generation transmission, was attached to the 1999 to 2004 Ford F150 and Super Duty trucks in a variety of configurations. Most commonly, it was paired with the 5.4L Triton V8 in the F150. Despite having “only” four gears, what makes this one of the best transmissions is its multi-platform compatibility, and its reliability in stock configurations.

To speak to its compatibility, as stated above it was mostly paired with the 5.4L Triton V8, but it was also used throughout the Super Duty range paired with the monstrous 7.3L PowerStroke Diesel. This is because at the design level, the humble little transmission could take up to 700 lb-ft of torque before it would even start to show any strain. With the PowerStroke pushing only 505 lb-ft of torque, this gave massive overhead for additional features.

The most popular of these features was a transmission power-transfer-unit (PTU) that allowed the typically rear-wheel only 4R100 to be used as a 4×4 transmission without the need for an extra transfer case. Not only did this save weight in the long run, it also saved complexity on the driveline, with the front axle being powered by a much shorter input shaft than if there was a transfer case, and the rears being driven by a standard drive shaft. Because there was less complexity and massive torque overhead, it was very rare for 4R100’s in Super Duty’s to experience failures. 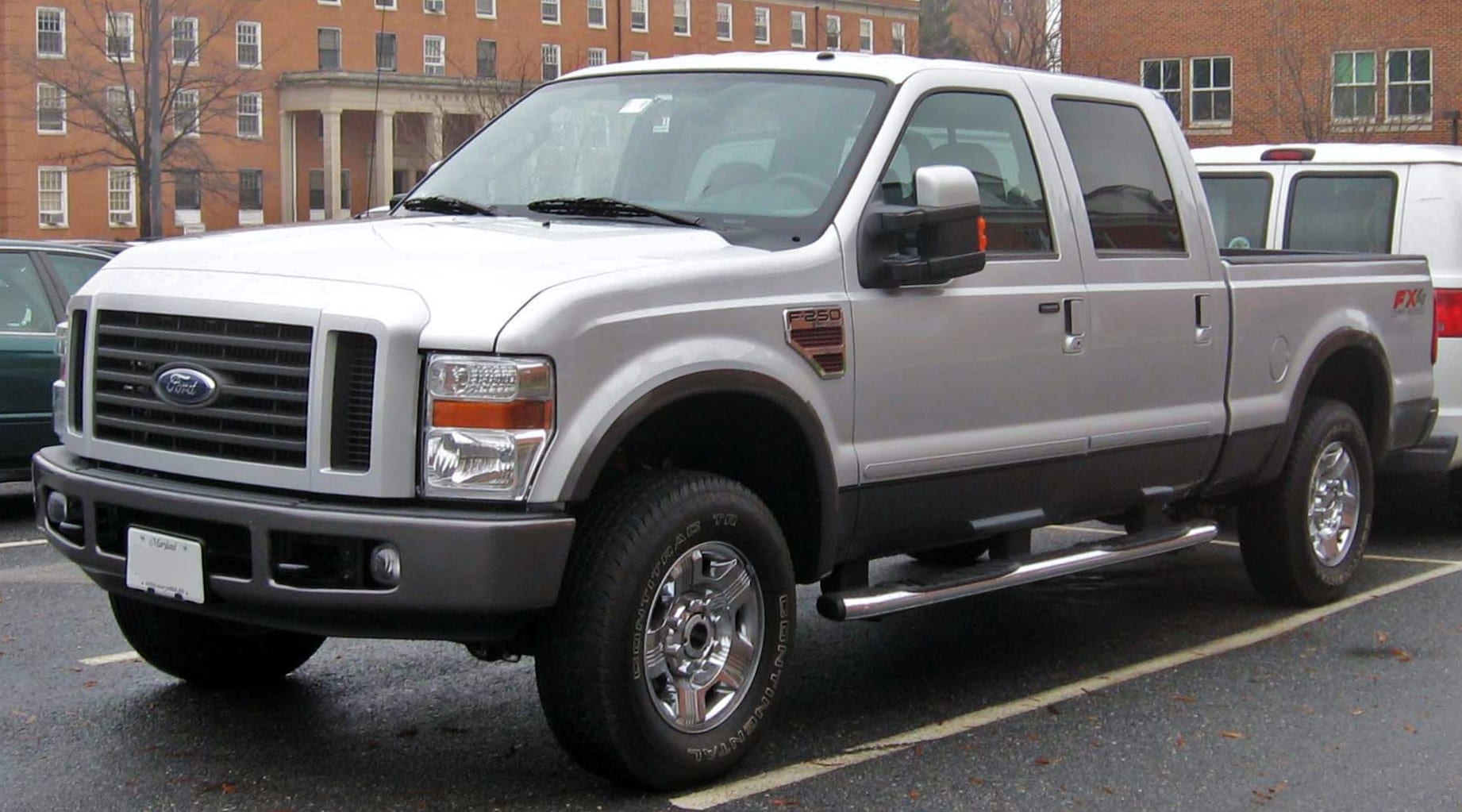 The direct replacement of the 4R100 above, the Ford 5R110 was designed along the same principles of being multi-platform, durable, and able to handle incredible input torque before showing strain. For the 5R110 however, that torque number was increased to a nigh-unbelievable 1,000 lb-ft before the transmission would show strain. The biggest reason for the higher input number was that the 5R110 came as the standard five-speed transmission for the 6.4L PowerStroke that came in the later trucks of the 11th generation of F150’s and Super Duty’s.

When the engine from 2007 to 2010 that proved the 5R110 was a beast was called the Navistar VT MaxxForce 7, it was not surprising that 650 lb-ft of torque from the turbo diesel was the factory stock setting. And the 5R110? It just ate it up and spat it out to either the rear wheels, or using a newer generation PTU, all four wheels.

The 5R110 also found life in the aftermarket, as diesel tuners found that with a rebuild with stronger-than-stock parts could take immense amounts of HP and torque before failure. These rebuilds often include extra torque converter plates, billet-steel machined shafts, and extra capacity transmission pans with additional heat dissipation fins. Numbers of up to 1,000 HP and 1,500 lb-ft of torque have been achieved, and the 5R110 is still considered one of the best tuner automatics on the market.

The previous transmission, the Aisin-Warner A340E, was used as the automatic of choice across almost the entire Toyota range from 1988 to 2006. This many not sound all that important until names such as the legendary fourth generation Toyota Supra 2JZ-GTE and 1JZ-GTE, the Toyota Aristo 2JZ-GE and 2JZ-GTE (or Lexus GS series), the Toyota Soarer (or Lexus SC series), and Celica GT-Four Turbo 4WD ST185 are mentioned. These are all class defining cars that Toyota produced in the 1990s, and as these transmissions had to handle massive torque and both two and four wheel drive applications, they were incredibly resilient units.

The AB60E/F, therefore, took all those lessons learned from both trucks and cars of the 1990s and early 2000s, and put them all into a unit that is built to last. It isn’t the most powerful, isn’t the most tuneable, and isn’t really even known by name. But with its onboard sensors, high-tech communications with all other driveline components, and storied history behind its development, this unassuming transmission can handle 600+ lb-ft of torque without issue. And it will even tell you, if you connect the right OBD connector and software, exactly how it’s “feeling” in terms of maintenance and history. 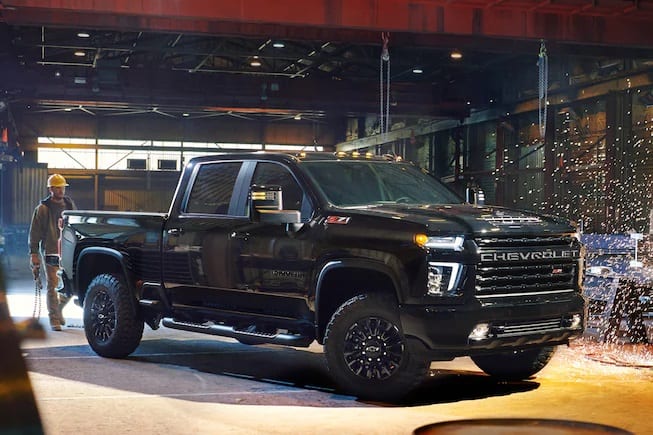 During our research for this article, we perused multiple forums, websites, ranking lists, and the like, and every single one had different opinions and different takes on what makes a transmission “the best.” We then contacted Reman Transmission, who gave us the definitive answer we were looking for. The Allison 1000 transmission, equipped in 2001 to present Chevrolet and GMC trucks of all types, is the single King of the transmission world.

Originally a five-speed from 2001 to 2005, and a six-speed from 2006 onwards, the Allison 1000 is, in fact, a full commercial-grade transmission that is fitted to ¾ and 1-ton Chevy and GMC trucks with diesel engines as their factory standard options. This is evidenced by the 750 lb-ft input torque limit (which is often thought of as under-selling the actual torque max) and nominal 620 lb-ft of torque standard, and the fact that out of all the transmissions on this list, the 1000 has the biggest input and output shafts, at 1.26 inches and 1.75 inches diameter, respectively. The transmission is so huge, in fact, it dwarfs the size of most engines used in small family cars today!

Yet, the Allison 1000 is legendary for one specific reason above all else: It never, ever dies. If you run your Duramax 6.6L Turbo Diesel at stock settings, even the LML code Heavy Duty with 765 lb-ft of torque, the transmission just takes it. And on top of that, despite that Silverado 3500 HD-specific engine, there is still enough room on top of the transmission to have a power-take-off (PTO) gear.

This could be, in all truth, due to the first usage of the Allison 1000 name and design way back in the 1990s. The first application of the nameplate and design? A little vehicle for the US Army known as the High Mobility Multipurpose Wheeled Vehicle, HMMWV, or as it has become known as: The HUMVEE. And, due to the success for those original three- and four-speed transmissions, the successor to the HUMVEE, the Joint Light Tactical Vehicle (JLTV) replacement uses an Allison 2500SP (Special Production military) six-speed that is a cousin to the one used in the GM Heavy Duty truck lineup. 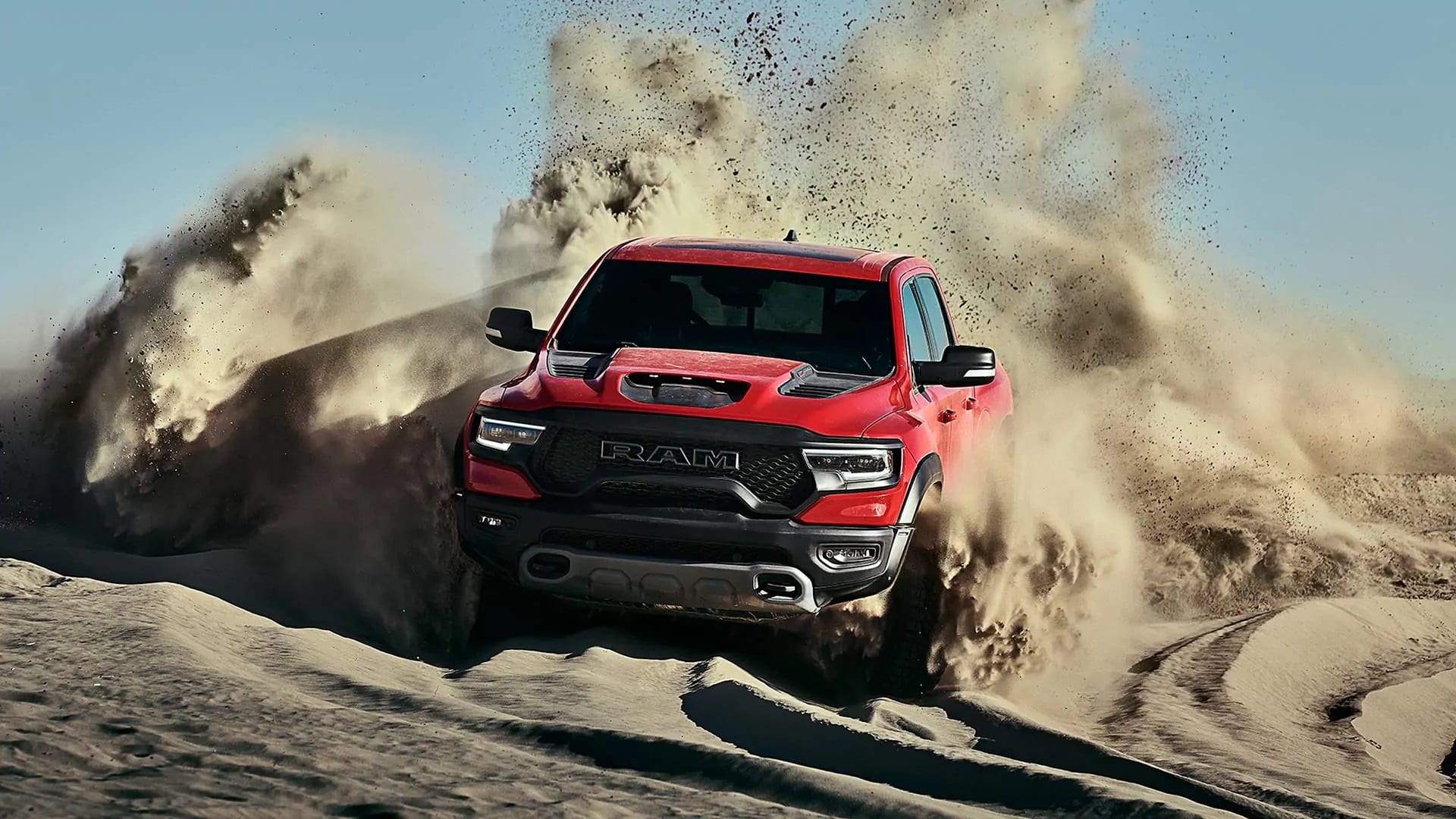 Possibly the newest transmission on this list, the ZF 8HP is a modern example of how to make an automatic transmission that people actually want in their vehicles. By using an independent, programmable control unit for the 8HP, ZF has brought forward the idea of programming the best settings, shift points, and torque conversion ratios for each engine application the transmission is paired with. This applies to RAM trucks in the usage of the 8HP4, 8HP75, and 8HP95 variants.

Despite this, the 8HP transmission is perfectly durable and competent on its own, seeing use across a wide range of vehicles. With a nominal torque input rating of 450 lb-ft for gas engines, and 500 lb-ft for diesel engines, it has been used across multiple BMW sports coupes, Chrysler V6 units, the Dodge Challenger V6, the Jaguar XE, and the Europe only Volkswagen Amarok.

As well, the 8HP75 is a specialized version of the 8HP45 that has had the torque input shafts and output shaft, as well as the torque converter, reinforced for use with the RAM 2500 and RAM 3500 Heavy Duty Trucks, able to handle 750 lb-ft of input torque.

When RAM announced the TRX, however, they contacted ZF to help design a transmission that would be able to handle the immense torque of the supercharged HEMI engine in the off-road beast. What came out of that discussion was the 8HP95 (2nd Gen) transmission, a specially reinforced and built unit based on the 8HP90. This monster is able to handle 900 lb-ft gas torque, and 1,000 lb-ft diesel torque, and has since been optioned to be the primary automatic for Rolls-Royce luxury cars, the Jeep Grand Cherokee SRT Trackhawk from 2020 onwards, and with semi-automatic shift capability in the Aston Martin DBS Superleggera 2020 onwards.

Through it all, the ZF 8HP has shown resilience, durability, and an extremely low failure rate, despite being among the first truly programmable and computer controlled automatic transmissions of the past two decades. This is either down to German engineering, or it could also be down to the fact that ZF also makes racing transmissions for multiple cars that take part in the World Endurance Championship, and that knowledge was brought over to the consumer side of things. No matter what, however, the ZF 8HP is considered the top of the pile when you look at the top 5 truck transmissions since 2000.

2021 Volkswagen Arteon Big Sur Concept: With Some Vinyl and New Rims, You Can Recreate It

We will be happy to hear your thoughts

Use this calculator to calculate loan details when the down payment is expressed as an amount.

Unlike a general loan calculator, this calculator allows for two unknown values. In addition to solving for the monthly payment amount, it will also calculate the "Car Price", the "Down Payment Amount" or the "Loan Amount". Just enter a "0" (zero) for one of the three values and provide the other two.

Note that the calculator calculates what percentage the down payment is of the price of the car. This is handy when a lender requires a borrower to provide a minimum percentage cash deposit.

The term (duration) of the loan is expressed as a number of months.

If you need the ability to print the amortization schedule, or more flexibility such as selecting different payment or compounding frequencies or the ability to calculate term or interest rate, please see the auto loan calculator here: https://financial-calculators.com/auto-loan-calculator

All calculators will remember your choice. You may also change it at any time.

Clicking "Save changes" will cause the calculator to reload. Your edits will be lost.

Does The New Vorsteiner Carbon Aero Package For BMW M3 And M4 Improve ‘The Grille’?

Tune Motoring is a Professional Auto news & infotainment Platform. Here we will provide you with only interesting content, which you will like very much.

We’re dedicated to providing you with the best of Auto news & infotainment, with a focus on dependability and Automotive world coverage.